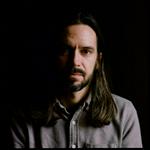 Updated 2 weeks ago by Max Dana

How it used to work

Under the previous billing calculation, members were billed on the basis of the previous month’s actual expenses (including direct costs, excluding depreciation and bad debt), followed by a reconciliation of the full fiscal year at the close of the audit.

Unfortunately, this resulted in some members being hit with surprisingly large reconciliation bills at the close of the audit. Causes of these underbilled amounts included bills that were not approved in a timely fashion and thus are not captured in the monthly billing process; expenses that were dated in a prior month based on bill date or period of service, and so similarly were not captured in the monthly billing process; and expenses that were accrued during the audit as a normal part of closing the books for a full fiscal year.

How it works now

In 2019, our governance committee approved a change to the procedures for calculating members’ monthly ArtsPool fees to alleviate end-of-year pressure and ensure more accurate billing throughout the year. Effective July 2019, ArtsPool calculates the monthly fee in the following way:

In this manner, post-dated and late-approved expenses will be captured throughout the year, rather than all at once at the end of the audit.

A full-year reconciliation will still be necessary to capture any new expenses booked at the direction of the auditors, but this billing process change will make that final reconciliation less impactful.